A ride you won't want to miss!! 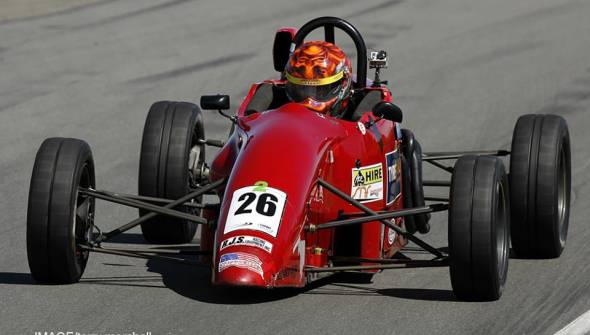 I am Dyson Freeman. 24 year old Dunedin born and raised, currently living in Blenheim. I began my racing career in a Cadet Kart when I was 6 years old, and have continued my racing career in karts until last year (2013), when I was given the opportunity to race a Pre 93 Formula Ford. Along the way I have had many title wins, including 2 South Island Championships and various other significant achievements. 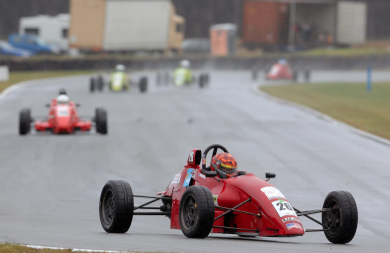 When I was given the opportunity last year to race a Formula Ford it was the beginning of a dream come true. I went so well at the race meeting that a private sponsor came to us and said they will purchase the car for me to use. Part of the deal was I have to find the funding to run the car.

I competed in 4 rounds out of 6 in the South Island season due to a lack of funding but despite this I only finished outside of the top 3 once and finished 3rd overall for the series.

This season starts in October 2014 and runs through until March 2015. I am atempting to find the backing to compete in the New Zealand Formula Ford Championship which for me will be a huge accomplishement.

A little about the series

The championships are held over 6 race meetings (each of 3 races) at Teretonga, Timaru, Ruapuna, Hampton Downs, Manfield and Taupo.

The $10,000 I am trying to raise is enough for me to compete in the first 3 rounds of the New Zealand championship. I will however need more than this to do the 3 North Island rounds and finish the series so don't worry if we go over the $10,000. If you would like to discuss any further sponsorship opportunities feel free to contact me.

Wahoo! We have lift off! We had to stop taking pledges at
Monday September 8, 2014 at 1:53PM.
PROJECT CREATED BY 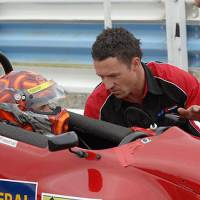