Great news! Help NZ qualify the Laser for the Olympics has reached it's funding goal and work has begun.

Thank you for playing your part to make this project a reality. The project creator is getting your reward organised as we speak!

Doesn't it feel good to be part of something? To help someone's dream become a reality?

Check out some other projects in "Sports".

Congratulations, your pledge has helped Help NZ qualify the Laser for the Olympics become a reality.

Help NZ qualify the Laser for the Olympics has reached it's goal, but it's not over yet.

The project isn't quite finished, so if you'd like to upgrade your reward, or let your mates in on the action, you can!

You can view and change your pledge on The project homepage. 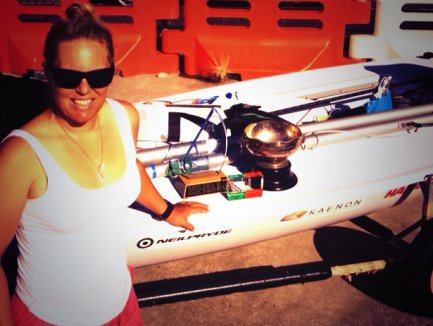 I had a good week down in Nelson for the 2014 Laser Nationals. Nelson has really awesome sailing conditions when the sea breeze is in, so the stage was set for some good racing.

First day of the event was crazy, we were postponed as it was like 30knots, but finally launched, and waited a bit for the wind to settle in direction, but all the time the wind was dropping! When we finally started it was 6 knots!! So we drifted around and completed 1 race, then the wind completely died, and we couldn’t get another race in. I had a 5th, so it was an OK start.

Day 2, the forecast was bad. We arrived and it was smoking. We waiting around all day, but it never moderated, so we were sent home just after 4pm. I knew this meant a lot of catching up for final 2 days.

Day 3, there was a typical Nelson day forecasted. We started just after midday with 4 races scheduled. I had a 3, 2, 1, 2 - and was really happy with how I sailed, and how my ankle stood up in this huge day - though I was a bit dead by the time I got home that night! Nothing a bit of ice and a few drugs couldn’t fix!

Day 4 and the schedule was for 4 races which was going to be a hard ask with no race be allowed to start after 3.30pm. But the race officer pushed through, with slightly shorter races. We started the 4th at about 3.27pm! I had a bit on this day keeping the young cults from overtaking me but managed a 5,3,1, 4 which wasenough to take the win.

I was pretty happy with the outcome, especially as I wasn’t able to do a lot of training before this event, so to finished it and take the win was awesome! So now its time for more ankle rehab, and to get ready for sail Auckland.

Thanks to everyone for the support!! Stay tuned!