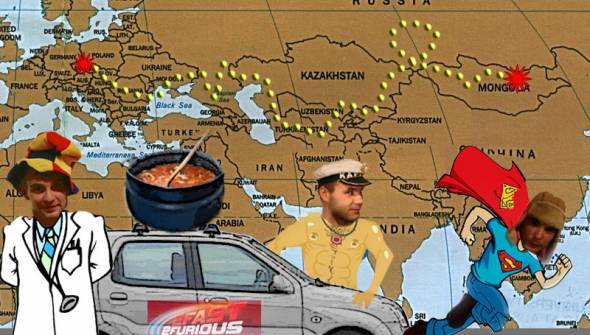 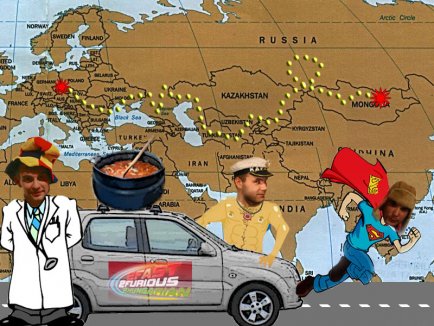 Allow us to introduce ourselves!

We are the 2fast2furious2Hungarian team consisting of Márton Szabo (El Capitan), Richard Sziksái (Muscle Joe) and Mark Pivarcsi (aka the Doc). The first two mentioned are full blooded hungarian students from Budapest unlike our Doc who is a hungarian and german student from Berlin (that´s why our teamname almost became Two and a half hungarian).

So here´s the story: We decided to have a last crazy adventure to finish our student life before becoming trapped in the serious working world out there somewhere.

Of course we could just get blind drunk on the party island Ibiza, do some "Fear and loathing in Las Vegas" or just nordic walk to Timbuktu. But we want to do something with sense, with a meaning, with a good intention while having fun.

At first I was wondering whether he was just bored by his studies or simply drunk. My scepticism faded when he started explaining me the details...:

The 2013 Mongol Rally is an adventure race organised by www.theadventurist.com:

It is about a 14,000+ mile charity road race from a wonderful little town known as Prague,

Czech to the plateaus of Ulaan Baatar,in Mongolia beginning on July 14th.

Last years more than 300 teams traveled past countless landmarks, tourist attractions, lakes, seas, deserts, cities and mountain ranges as each vehicle chose its own unique route. There is no

set path for the two continent/twentysome-country traverse. The trip offers a

rare glimpse of changing cultures across vast spaces of geography. That's 4 weeks of food spiciness fluxuating and gas prices decreasing along with the cost of vodka until both are cheaper than clean water...

It´s an adventure not a cozy, guided tour to relax!

It has sense and meaning! Charity!

Maybe you have heard about the renault-4L rally where the participitants pack relief items into their Renault, ride from Paris to Marokko, unpack their goods and drive back. Basically we do the same, just with the little difference that we put ourselves in the car, ride to Mongolia, put ourselves out of the car and donate the whole car! Additionaly 500$ will be donated to the foundation of the organisators: Cool Earth

Cool Earth is the official charity of the Mongol Rally and is supported by every team taking part in the race. They work to save the world´s rainforests by purchasing land and then leaving it in a local trust which they support with education, employment, and volunteers to save the rainforest. To find out more about Cool Earth check out their website: http://www.coolearth.org/

AndAT LEAST 500€will be donated to our charity project. We chose the hungarian pediatric hospital Heim Pál.

Charity: between 1240 and infinitive Euro, depending on how much we get...

The unexpected: ??? Euro depending whether what happens: insurance for accidents, break downs, carjackings and kidnappings, extortion, and emergency medical extraction. All things which have happened during past rallies. You will be supporting us in a potentially very dangerous endeavor

So as you can see we have a lot of expenses to worry about.

Hmm, wouldn´t it be easier to put our bottoms in our own car, forget about the mongol rally and do some nice roadtripping and just do as we please? It would be cheaper and leeeeeeeess complicated. Yeah, maybe...

We are accepting the challenge to sit like 10 hours every day in the car on our speedy tour through Eurasia to raise awareness for these charity projects! And do you know what?

We chose an approach where every economist would suffer a severe heart infarct:

We already payed the registration money, put a quite big deposit on our future car, payed the visa money and only AFTER doing this we seriously start looking for sponsors and donators.

We chose this way to show our donators and sponsors: WE ARE SERIOUS ABOUT IT!

WE HAVE TRUST IN YOU!

There´s no way back now, we already invested quite a deal of money because we know we can trust you. Why should´t people support this awesome project?

In a nutshell: Let´s do this! If you have trust in us we reward you with some nice exclusive goodies (check right side). Of course we also invite you to follow us on our blog! We promise great pictures and great stories. We are crazy and like to show it, trust us ;) !

Who´s in and takes part in our rally, at least as a donor to have his name on our car? You can also help us by marterial supply,advertising us, simply spreading the news,giving names of possibly interested sponsors or simply sharing some advices. We are happy about any support! Even if you are completly broke (similar like us in the moment) a FaceBook-like do 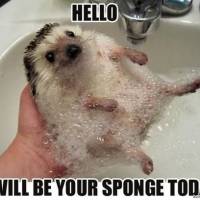