Support Jordan on his quest to the USA 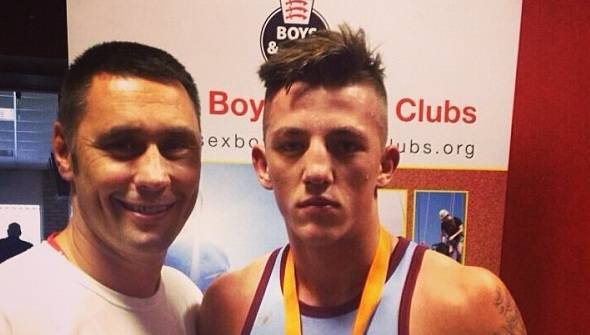 My name is Jordan Reynolds and I'm an 18 year old Welterweight Amateur boxer from Luton. I currently fight out of the famed boxing academy in the East End,West Ham Amateur Boxing Club. Having scooped numerous Amateur Championships my long term ambition is to get selected for the GB National team and become an Olympic Champion at Rio 2016.

After starting off in a hardened professional boxing gym in Luton I decided to move to Stevenage Amateur Boxing Club on a permanent basis. I started to get noticed and after a couple of fights I was entered into the National Championships. It was my first tournament of any note and I went all the way to the finals and lost, one of only three defeats I have experienced to date!

Being entered into the Nationals came as a surprise to me after only two fights and I shocked myself, in all honesty. My confidence leapt to an all-time high but I knew I had to move to improve my boxing opportunities... and then West Ham came knocking.

Travelling from Luton to East London six times a week to train was tough and I had to make some financial sacrifices to make it happen. However, it was worth it and since then I have learnt so much. My boxing really improved and my trainers have been fantastic. I've since made the move to Essex, which has been a weight off my mind, and enabled me to spend more time focussing on what's really important: boxing!

My dream is to box at the 2016 Olympics. To represent my country on the world stage would be like fighting for a world title. I still haven't come down from the high of Team GBs feats at London 2012 and to emulate the likes of Anthony Joshua, Luke Campbell, Fred Evans, Anthony Ogogo and Nicola Adams in Rio would be an immense privilege.

In order to develop my skills further, the ultimate experience would be to train in the USA with the very best. This is my main goal for 2014. It's so important for me to learn and develop in order to step up to the next level and training in the toughest gyms in New York and LA would be priceless.

This is where you come in, I'm asking for your help to make my dream a reality. It is really expensive to travel and train in America, so any help would be very much appreciated. This money will pay for my flights, hotel, training and food so in effect you will all be sponsoring me to make this happen.

I have put together some packages, which I hope will make your contribution worthwhile. It will be a long hard road to the Olympics but I'm ready for that. I'm prepared to dedicate my life to the cause as I have done thus far.

It would be great to have you alongside me as we hit the road to Rio!

Luton sportsman of the year award 2011 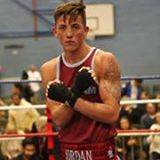